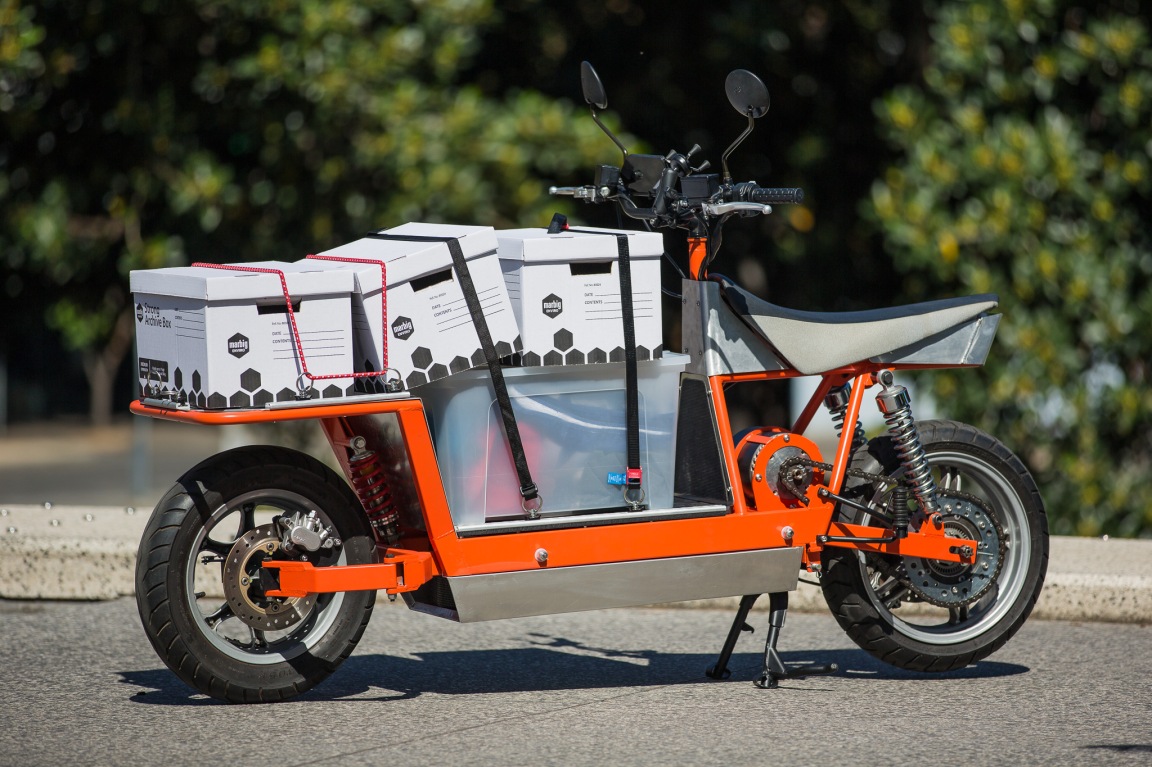 EsCargo’s design originates from the dutch style cargo bicycles, also known as “Bakfiets” or “Long Johns.” They are commonly characterised by the forwardly positioned front wheel, central cargo bay and push-rod steering. The advantage of this layout is the huge amount of cargo it can hold and the stability that comes from placing the heavy cargo low down and centred between the axels. Another perk is that the rider has full view over their cargo, allowing them assurance that the load is secured. The handling dynamics of cargo bikes are certainly unique when compared to traditional cycles, but after becoming accustomed to the change, their capability will surprise you.

There are three wheeled cargo bikes that have larger carrying capacity, but this forsakes speed, nimble handling and the ability to filter through traffic.

The EsCargo prototype V1 utilises an electric drive train with a Lithium (LiFePO4) battery and a torquey 12kw motor. Electric vehicle technology is a growing area and the EV future is clear to us. 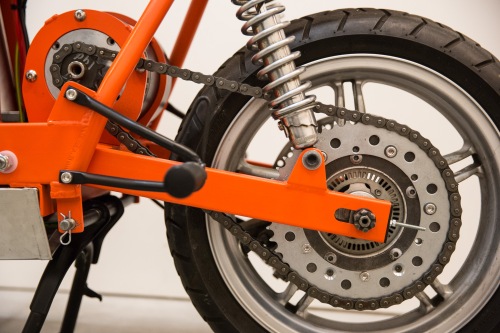 By going electric, EsCargo produces no tail-pipe emissions, which means no impact on the air quality of the cities we live and work in. An electric motor is also much quieter than an internal combustion engine (ICE), so EsCargo does not add to the sound pollution of a city. A cleaner, more peaceful environment makes a more liveable, stress free and vibrant city. 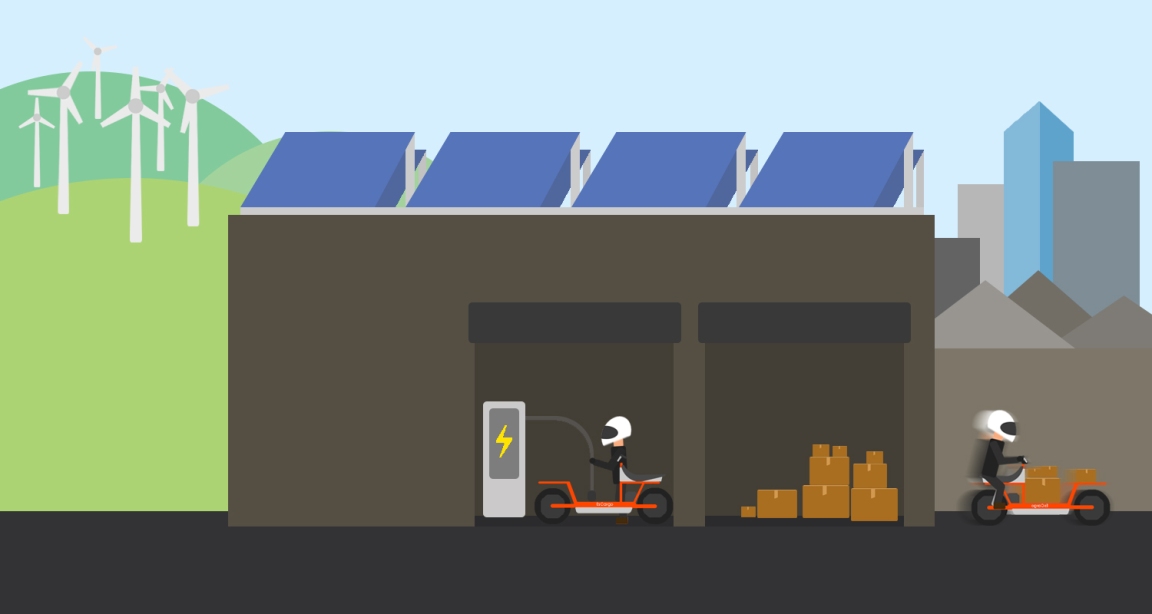 When carrying heavy cargo at slow speeds through stop and go traffic, smooth, low-end torque is very important and electric motors are far better in regards to this, when compared to ICE’s. The mechanical simplicity that comes with electric drivetrains also means less maintenance costs and simple repairs in the case of breakdowns. 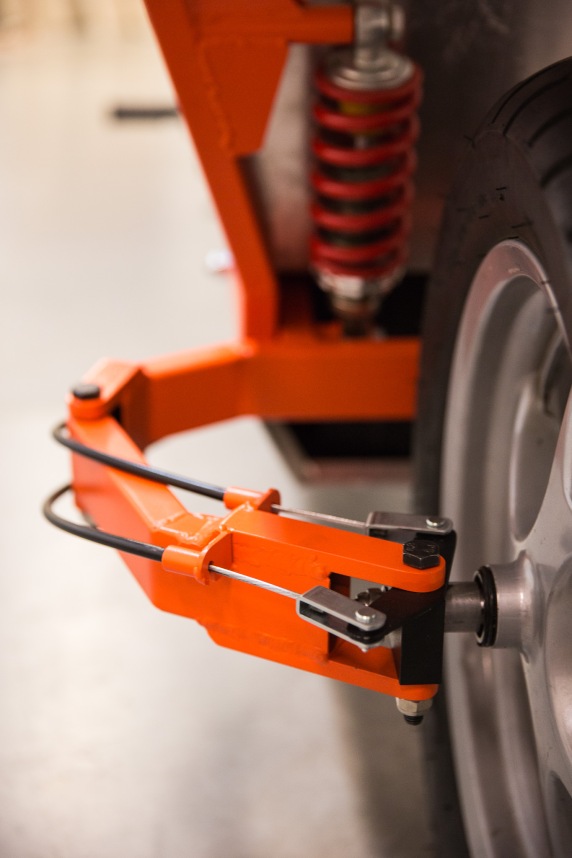 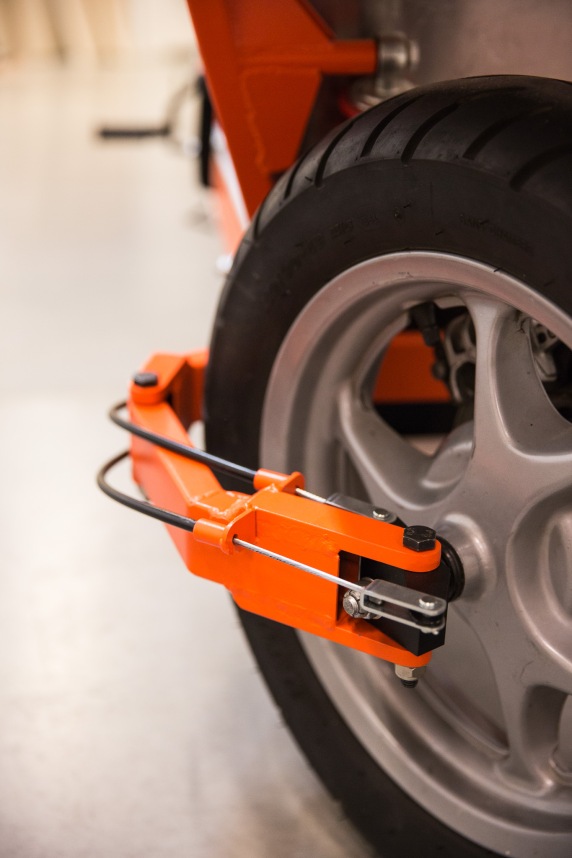 The front end of a cargo bike offers up an interesting problem. With the front wheel being dislocated from the steering column and handlebars, how do we turn the front wheel? There are many options that could be discussed at length, but let’s go over the reasoning behind the V1’s front end. Note that there is ongoing development and redesign in this area.

A pull-pull cable steering system was implemented to translate the riders handlebar inputs to the front wheel. Cables offer a lightweight, flexible, compact and cheap solution, perfect for a V1 prototype. The set up has gone through initial testing and adjustment and it works well enough to test the bike as a whole. Plans to iron out small quirks and problem areas are already underway, with the idea to understand as much as possible about this experimental front end.